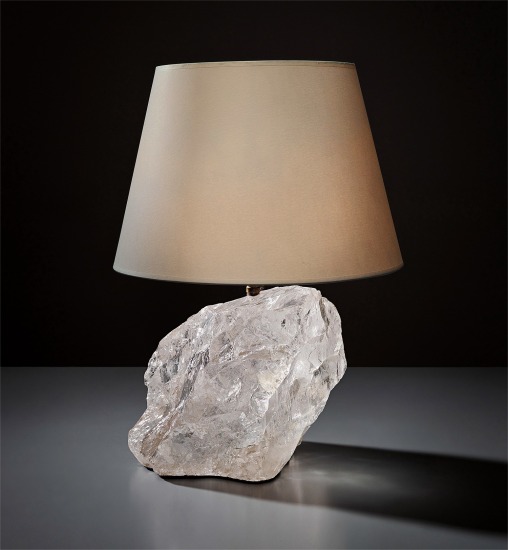 circa 1925
Rock crystal, leather, paper shade.
Height of rock crystal base: 7 1/2 in. (19.2 cm)
Produced by Chanaux & Pelletier, Paris, France. Underside impressed J.M.FRANK/MADE IN FRANCE/6655. Together with a certificate of authenticity from the Comité Jean-Michel Frank.