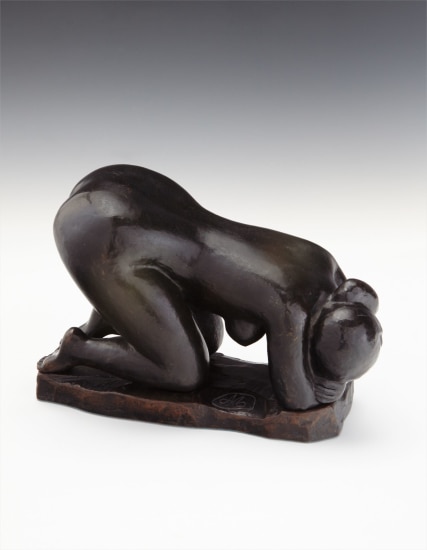 PROPERTY FROM THE MUSEUM OF MODERN ART, NEW YORK, SOLD TO BENEFIT THE ACQUISITIONS FUND

incised with the artist's monogram and numbered "M 3/6" on the base; further stamped with foundry mark "Georges Rudier/Fondeur Paris" on the back of the base
bronze
6 3/8 x 9 3/8 x 4 3/4 in. (16.2 x 23.8 x 12.1 cm.)
Conceived in 1930 and cast circa 1952, this work is number 3 from an edition of 6 plus 1 artist's proof and is accompanied by a certificate of authenticity. The authenticity of this work has been confirmed by the late Dina Vierny. This work will be included in the forthcoming Catalogue raisonné de l’oeuvre d’Aristide Maillol currently being prepared under the supervision of Olivier Lorquin.