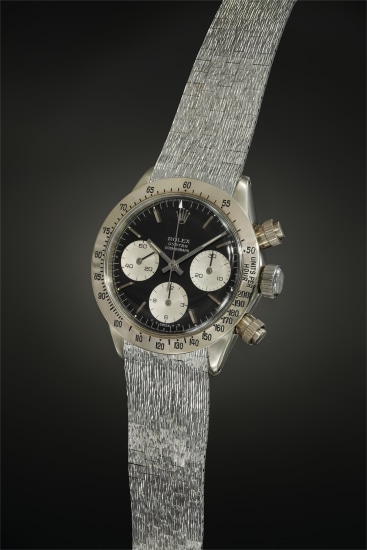 Ref. 6265 "The Unicorn"
A historically important and exceedingly attractive white gold chronograph wristwatch with black dial and bark finished bracelet, the only one known of its kind