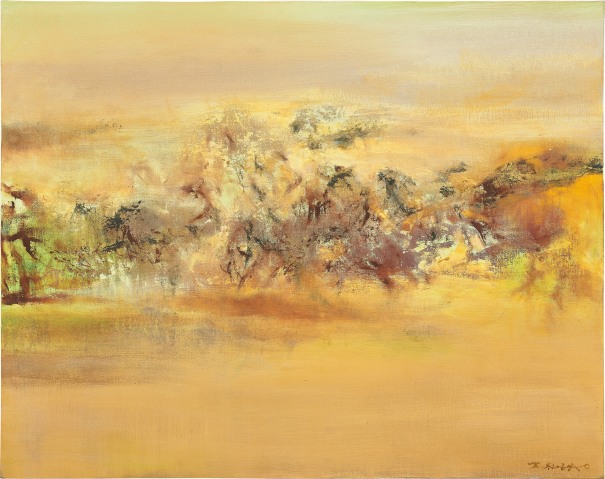 2002
signed 'Wou-Ki [in Chinese] ZAO' lower right; further signed, titled and dated 'ZAO WOU-KI "22.05.2002"' on the reverse
oil on canvas
73 x 92 cm. (28 3/4 x 36 1/4 in.)
Painted in 2002, this work is accompanied by two certificates of authenticity, issued by the artist and Alisan Fine Arts respectively. This work will be referenced in the archive of the Fondation Zao Wou-Ki and will be included in the artist’s forthcoming catalogue raisonné prepared by Françoise Marquet and Yann Hendgen (Information provided by Fondation Zao Wou-Ki).