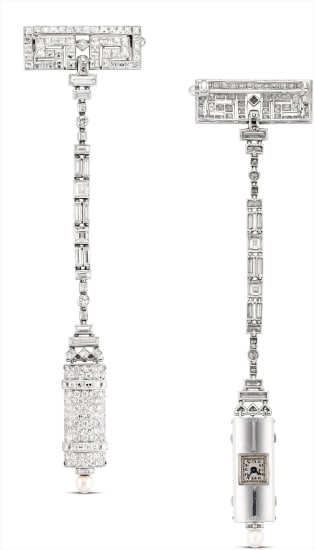 An exceptionally fine, rare and highly important platinum and diamond-set pendant watch with pearl, made by Henri Picq