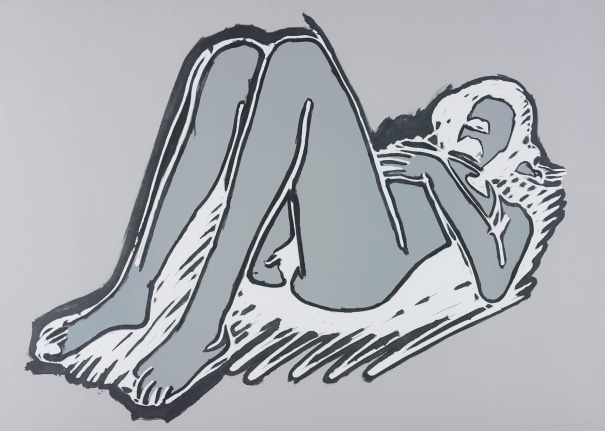 Monica Lying on Her Back, Knees Up