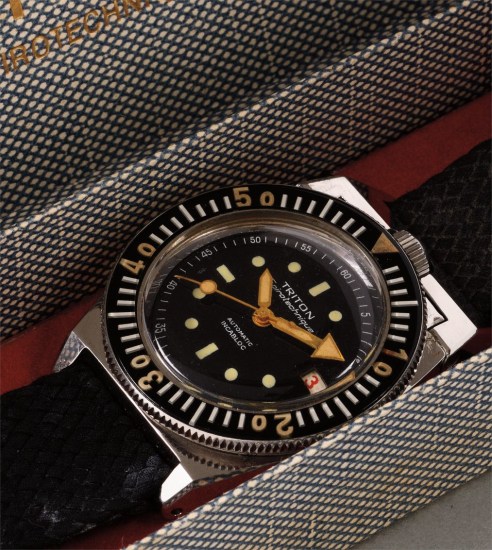 A very rare and attractive diver's wristwatch with screw down crown at 12, center seconds and date