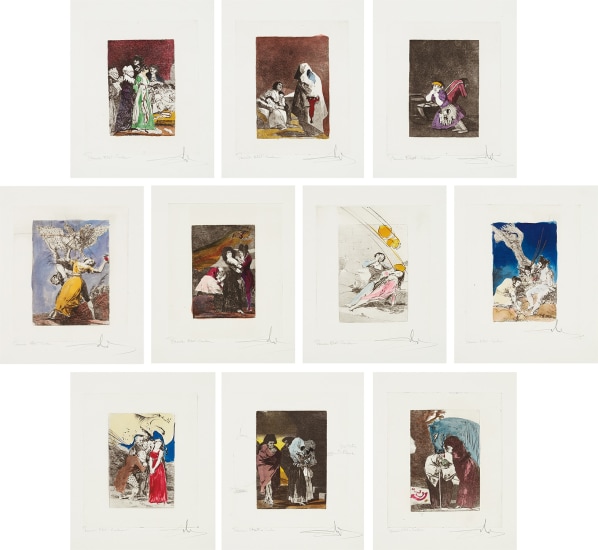 1977
Ten heliogravures made from Goya's print series (circa 1799 edition) reworked and altered with drypoint and extensive hand-coloring, before Dali's titles and plate numbers were engraved in the plates, on Rives BFK paper, with full margins.
all I. 9 x 7 in. (22.9 x 17.8 cm)
all S. 17 1/4 x 12 1/4 in. (43.8 x 31.1 cm)
All signed and annotated 'Premier Etat-Couleur' (first colored state) in pencil, two with additional proofing notations in the margins in pencil (all hand-colored proofs before the edition of 200 and 20 artist's proofs), including a copy note from Denise Rigal (Atelier Rigal) dated '18.07.15' describing how the series was printed and these examples were colored by Dali, the edition published by Berggruen/Editions Graphiques Internationales, Paris, all unframed.