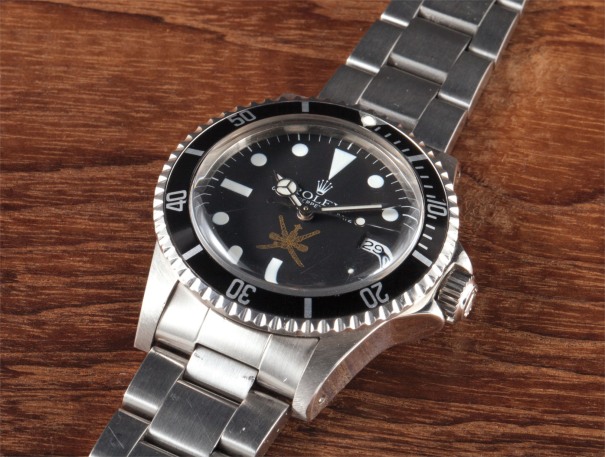 Ref. 1665
A very fine and extremely rare stainless steel centre second wristwatch with date, bracelet and gas escape value, made for the Sultanate of Oman