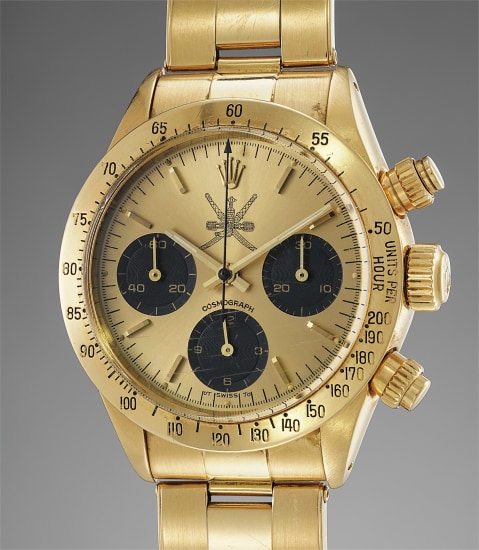 Ref. 6265
An extremely rare and attractive yellow gold chronograph wristwatch "Khanjar" dial and bracelet, made for the Sultanate of Oman accompanied by a gold and diamond set Corum