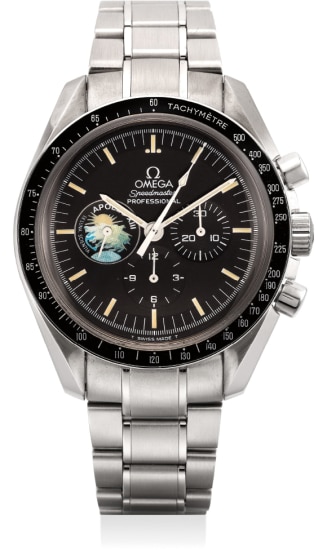 Ref. 3595.52.00
A fine limited edition stainless steel chronograph wristwatch with bracelet made to commemorate the 25th anniversary of the Apollo XIII mission, No. 958/999