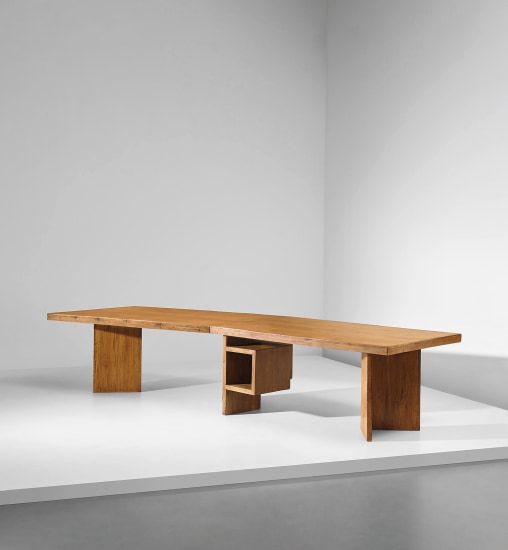 Important and rare demountable Minister’s desk, model no. LC-TAT-07-A, designed for the High Court and the Secrétariat, Chandigarh