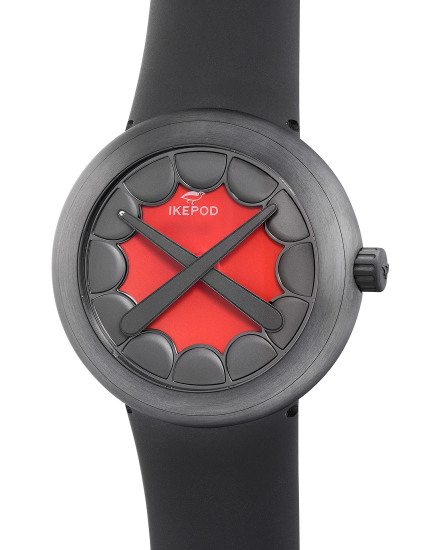 A very fine and rare blackened titanium wristwatch with certificate and box, made in collaboration with KAWS, designed by Marc Newson