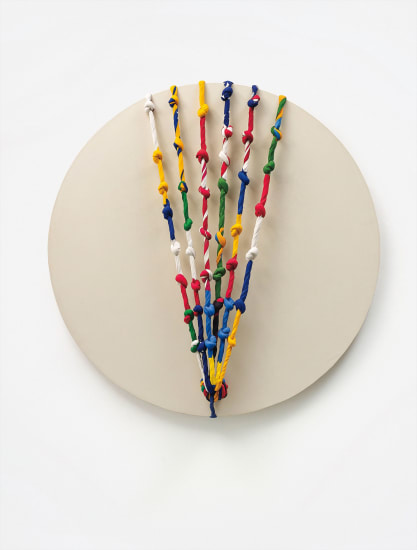 1994 - 2004
knotted flags and acrylic on canvas stretched over panel
Diameter: 70 in. (170 cm)
This work is accompanied by a certificate of authenticity issued by the Archivio Jorge Eielson Saronno.