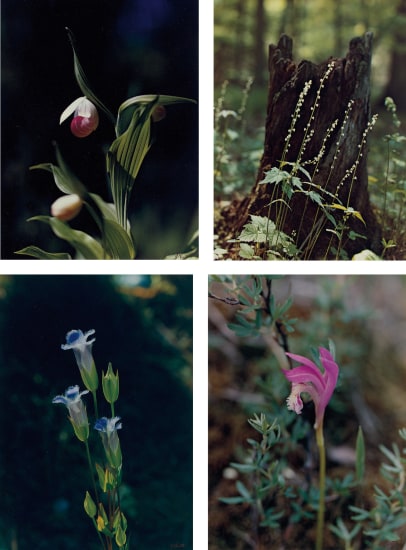 1954
Fifty-three dye-transfer prints.
Various sizes to 12 3/4 x 9 3/4 in. (32.4 x 24.8 cm) or the reverse.
All but 3 signed in ink on the recto; each mounted on thin board, with interleaved pages with typed captions and quotations and occasional pencil edits by Klute. In three parts, each unbound within board covers. Accompanied by Woodland Portraits (Boston, 1954), folio, gilt-lettered buckram, profusely illustrated with color reproductions of Klute’s photographs.