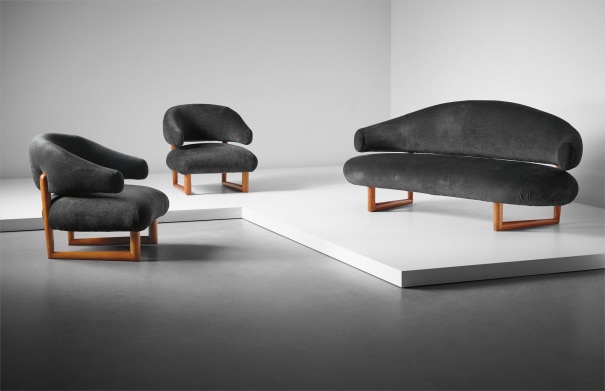 'Sculpture' sofa and pair of armchairs