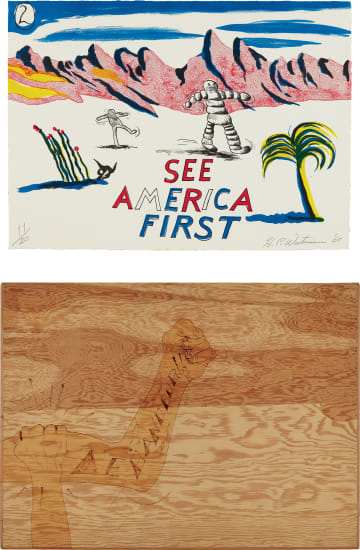 1968
The complete set of 17 lithographs in colors, on Copperplate Deluxe paper, the full sheets, with title page/colophon, all contained in the original plywood slipcase constructed by the artist, with hand woodburning.
all S. 22 x 30 in. (55.9 x 76.2 cm) five vertical
All signed, dated and numbered 11/20 in pencil (there were also 2-4 artist's proofs for each), published by Tamarind Lithography Workshop, Los Angeles.