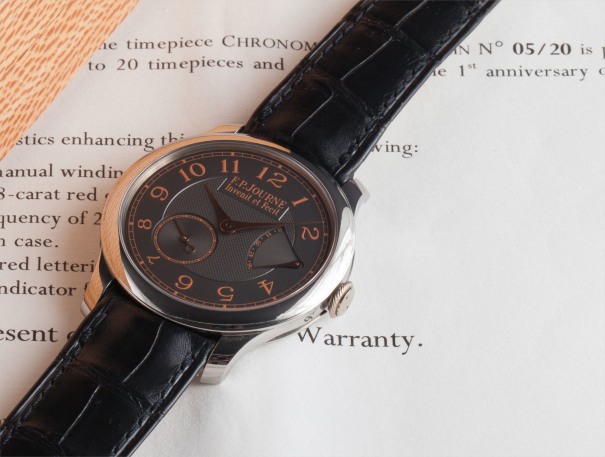 A fine and rare limited edition titanium wristwatch with power reserve, ruthenium dial, made to celebrate the first anniversary of the Tokyo boutique