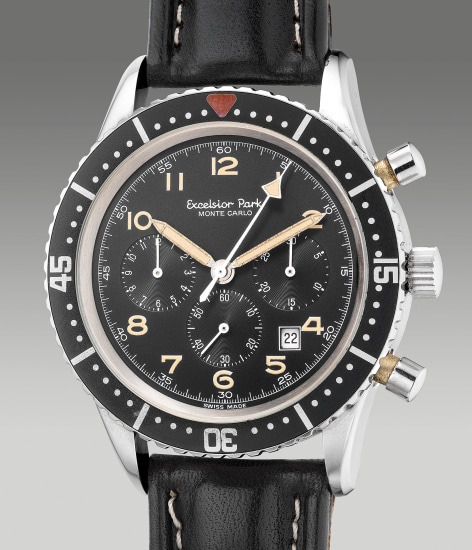 An attractive and oversized limited edition stainless steel chronograph wristwatch with date, made for Mono Magazine Japan, numbered 21 of a limited edition of 50 pieces