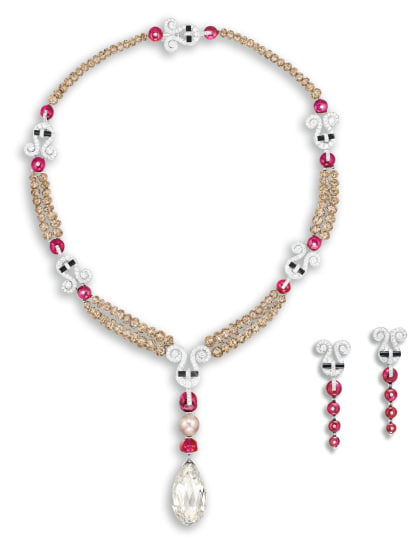 A Unique and Spectacular Diamond and Gem-set 'Jambi' Necklace and a Pair of Matching Pendent Earrings, Cartier