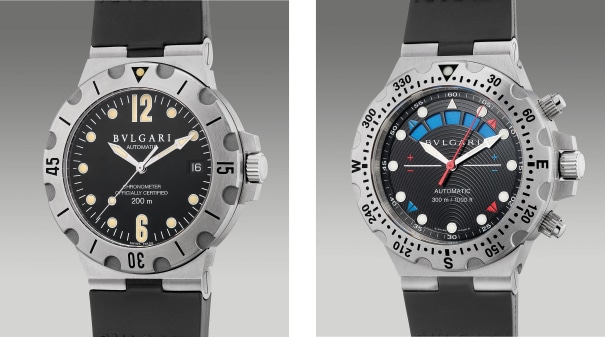 Ref. The first SD 38 S, the second SD 40 S RE
A pair of two fine stainless steel wristwatches, one with center seconds and date and the other with regatta chronograph