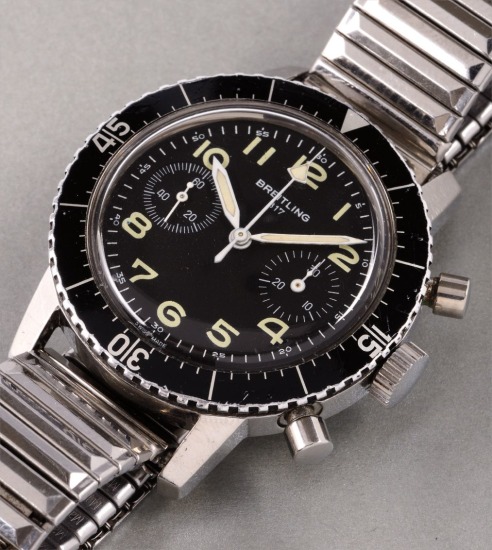 Ref. 817
A fine and very rare stainless steel chronograph wristwatch, made for the Italian army