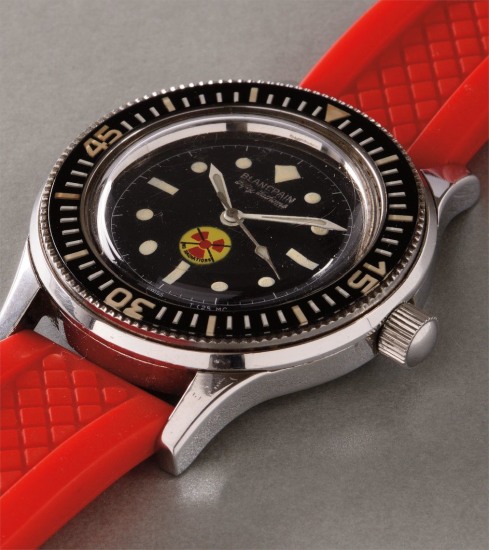 A rare and very attractive stainless steel diver's wristwatch with "No Radiations" black dial, made for the German army