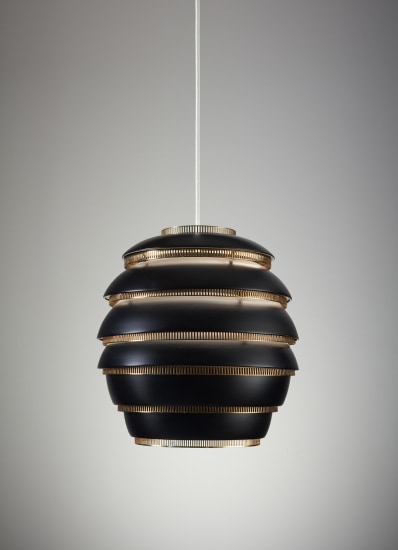 Early and large "Mehiläispesä" (Beehive) ceiling light, model no. A 332, designed for the University of Jyväskylä