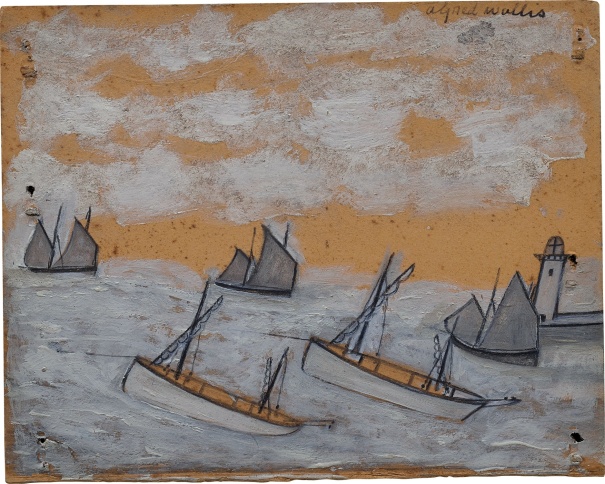 (Recto) Luggers nearing a Harbour and Lighthouse; (Verso) The ‘Bessie’ and the ‘Flying Scud’ sailing towards a harbour