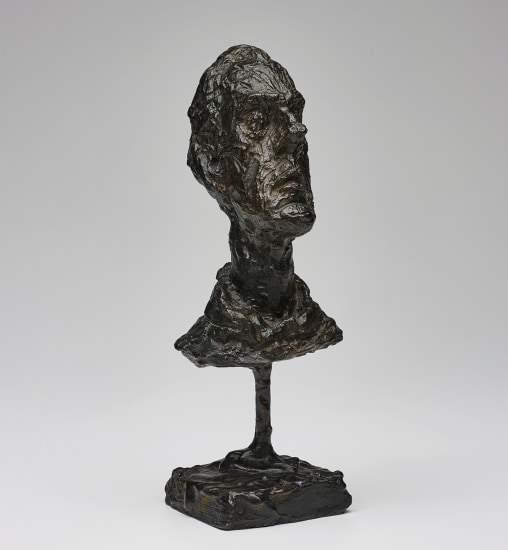 incised with the artist's signature and number 'Alberto Giacometti 4/8' on the back of the base; further stamped with the foundry mark 'Susse Fondeur Paris' on the left side of the base; further stamped with the foundry mark and incised 'Susse Fondeur Cire Perdue' on the inside of the base
bronze with green-brown patina
33 x 12.9 x 14.4 cm (12 7/8 x 5 1/8 x 5 5/8 in.)
Conceived circa 1954, cast in bronze in 1980 by Susse Fondeur, Paris, this work is cast number 4 from an edition of 8 plus one 0 cast and a further Maeght Foundation cast. This work is recorded in the Alberto Giacometti Database under no. 1561, and is accompanied by a certificate of authenticity from the Giacometti Committee.