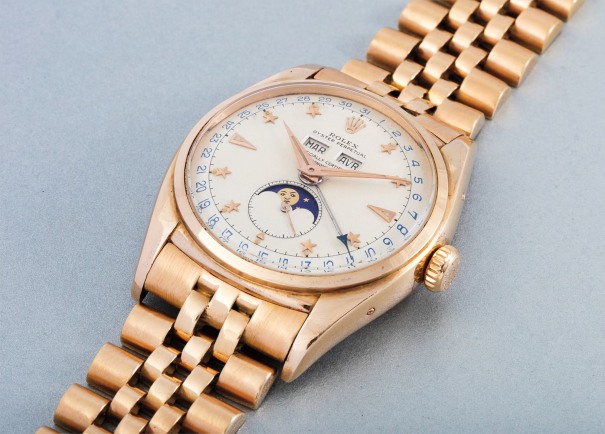 Ref. 6062, Inside caseback stamped 6063 and then struck through by Rolex
A very rare, highly attractive and important pink gold triple calendar wristwatch with moonphases, star-dial and bracelet