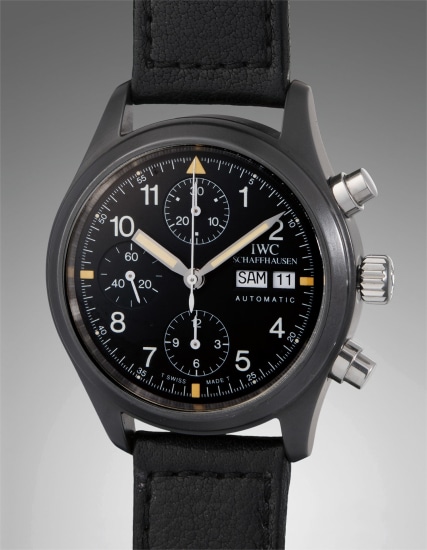 Ref. 3705
A very rare and historically interesting ceramic and stainless steel chronograph wristwatch with day and date - property from the family of Günter Blümlein