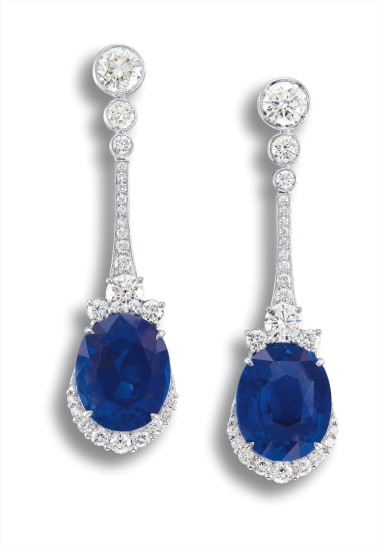 A Pair of Sapphire and Diamond Pendent Earrings