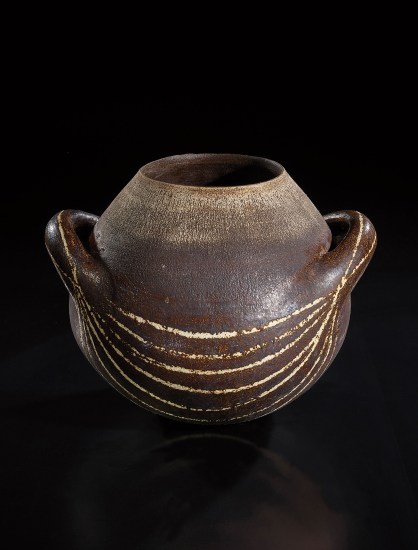 Early and large globular pot with handles and abstract design