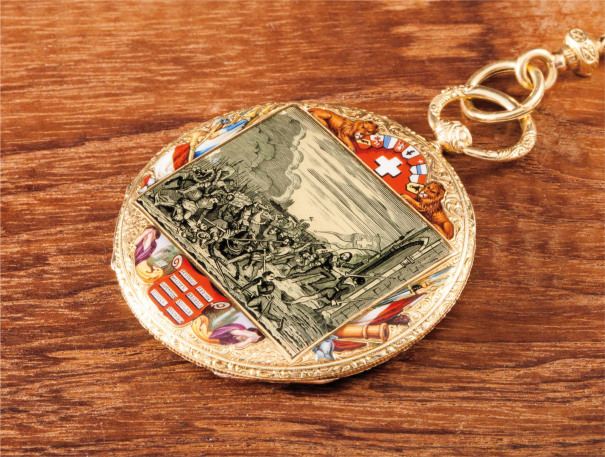 A very fine, historically important and probably unique gold and enamel presentation watch, awarded on the occasion of the Swiss Federal Rifle Championship in 1844 by the Policemen of the Canton of Geneva