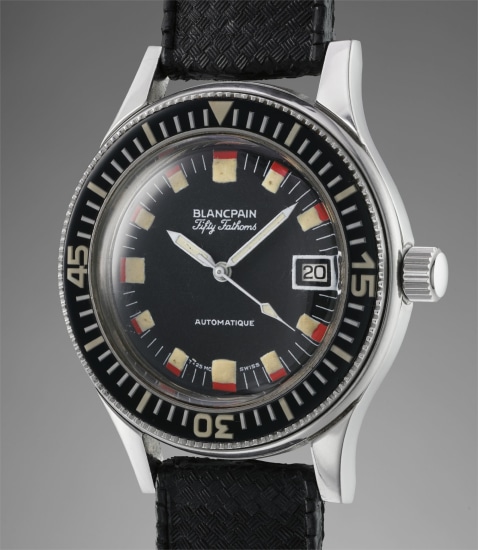 A rare and attractive stainless steel wristwatch with revolving bezel, made for the Polish Military

Circa 1970
41mm. Diameter
Case, dial and movement signed, outside case back engraved with military number MW 375