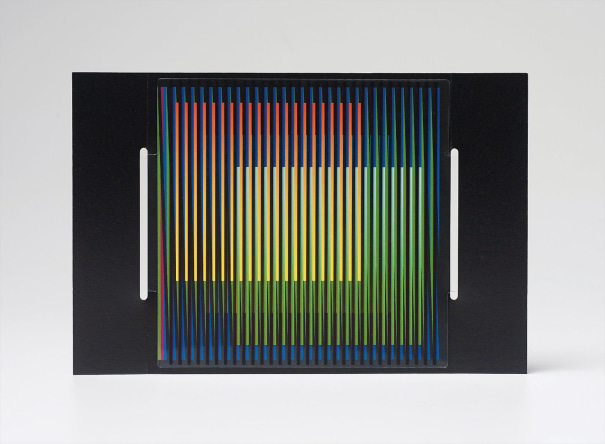 2011
Two screenprints in colours on a single sheet of Perspex overlaid on a black cardboard mount as issued, with accompanying title page,
31 x 20.2 cm (12 1/4 x 7 7/8 in.)
incised signature and dated '2011' on the reverse of the Perspex, further signed and numbered 12/37 in pencil on a label affixed to the reverse, published for ESTAMPA, Madrid, contained in original black cardboard portfolio.