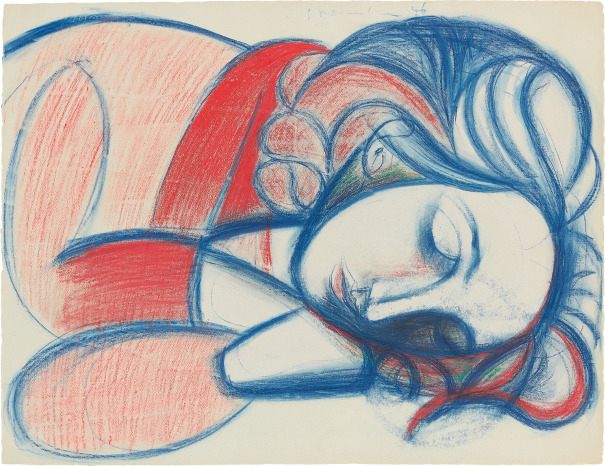 dated "1 novembre 46" along the upper margin; further inscribed and dated "Antibes 1er novembre 31 octobre 46 III" on the reverse
colored crayon on paper
19 1/4 x 25 3/4 in. (48.9 x 65.4 cm.)
Executed on October 31, 1946, this work is recorded in the inventory of the Succession Picasso under no. 4803 and is accompanied by a letter from the Picasso Authentification and a certificate of authenticity signed by Maya Widmaier-Picasso.