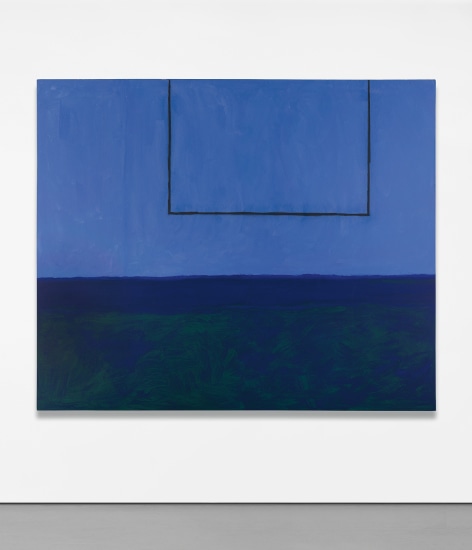 Open No. 119: In Blue with Charcoal Line