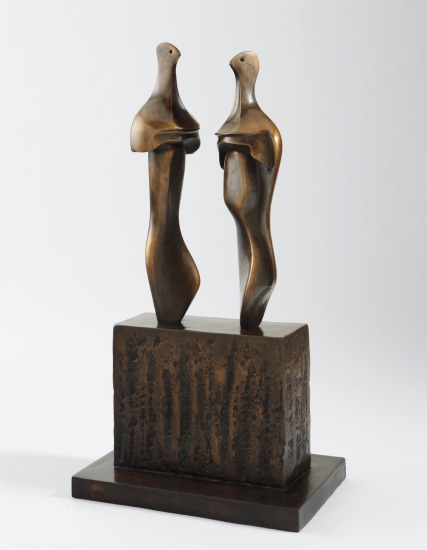 Two Three-Quarter Figures on Base

This work is recorded in the archives of the Henry Moore Foundation.