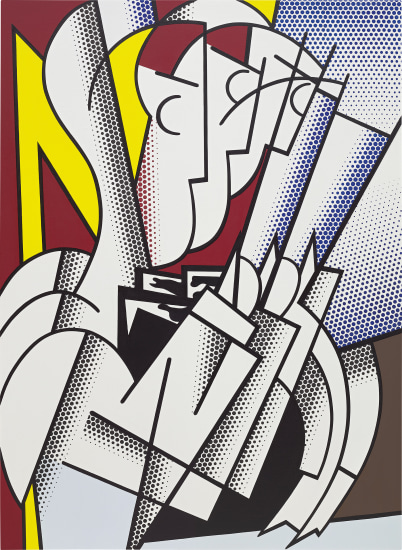 signed and dated 'rf Lichtenstein '75' on the reverse
oil and Magna on canvas
188 x 137.2 cm (74 x 54 in.)
Painted in 1975, this work will be included in the forthcoming catalogue raisonné being prepared by the Roy Lichtenstein Foundation.