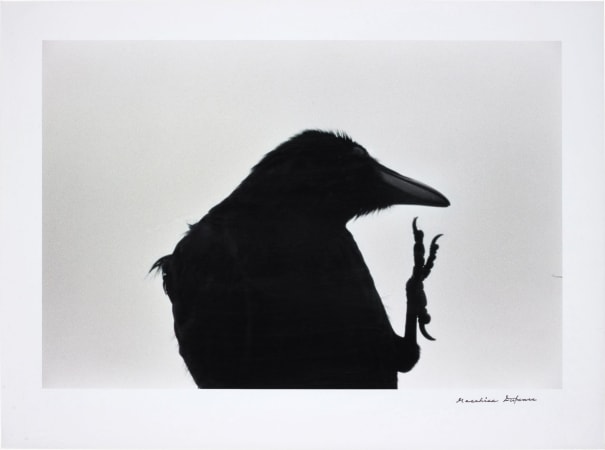 This work is one of only two known extant large-format exhibition prints made by Fukase of his most-iconic Ravens image; the other print, held at the Philadelphia Museum of Art, is signed in pencil on the verso and similar in print date and size. As of this writing, a total of only five self-made prints of this image are known to exist. Aside from the two exhibition prints, the print dates of the other three works, which are smaller in size and held privately, are unknown.