Spanning the 20th and 21st Centuries 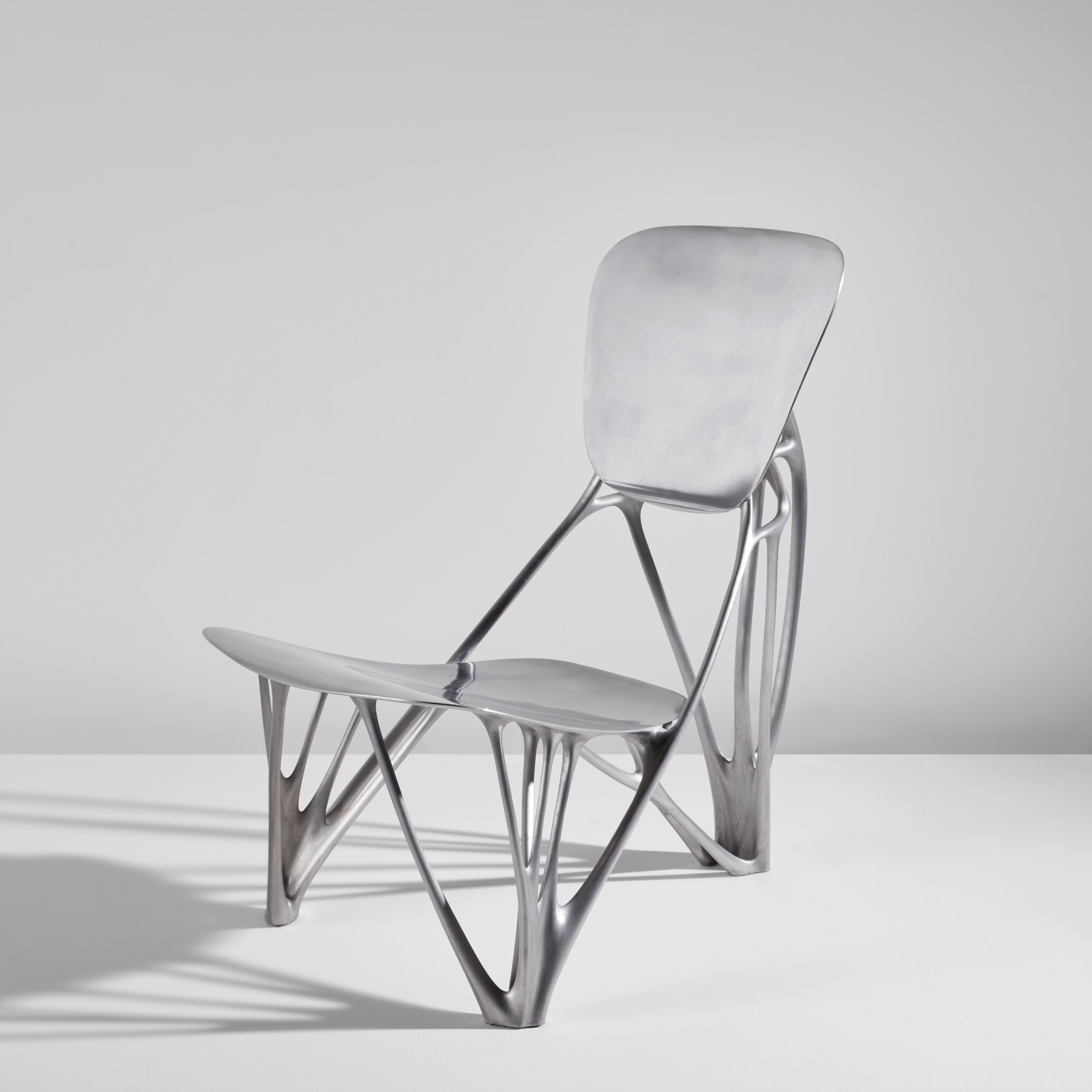 NEW YORK – 25 MAY 2022 – Phillips is pleased to announce highlights from the upcoming Design auction in New York. Taking place on 7 June, the sale will feature important works by modern and contemporary makers who have come to define the collecting category, including Alberto Giacometti, François-Xavier Lalanne, Joris Laarman, Shiro Kuramata, Harry Bertoia, and Ron Arad. The sale will be followed by the previously announced sale on 8 June, Contemporary Studio Artworks from the Estate of Jack R. Bershad. The full press release for this sale can be read here.

Cordelia Lembo, Head of Design, New York, said, “We are delighted to conclude the spring season of Design auctions at Phillips by presenting such a remarkable group of works. From ceramics by Georges Jouve and Doyle Lane to Joris Laarman’s iconic Bone chair, to rare and important works by Gustave Miklos and Alberto Giacometti, this auction offers a diverse and edited selection of design, craft and sculpture from the 20th and 21st centuries.”

Joris Laarman’s Bone chair leads the sale. Using data driven modeling software that simulates the natural growth patterns of bones and trees, this ultra‐strong chair was designed to use a minimal amount of material. Since its creation in 2006, it has become an icon of 21st century design, cementing Laarman’s reputation as one of the most innovative designers of today. Other examples of the Bone chair are in the permanent collection of the Museum of Modern Art, New York, the Rijksmuseum, Amsterdam, the Centraal Museum, Utrecht and the Museum fur Kunst und Gewerbe, Hamburg, among others.

Shiro Kuramata is widely admired for his ability to free his designs from gravity and use materials in ways that defied convention. Kuramata discovered design during his time at the Teikoku Kiz ai Furniture Factory in Arakawa-ku in 1954.  By 1965, at the age of 31, he opened his own firm: Kuramata Design Office. His dynamic use of materials, particularly those that were transparent, combination of surfaces and awareness of the potential of light in design led him to create objects that stretched structural boundaries and were also visually captivating. One of Kuramata's most famous chairs, Miss Blanche (designed 1988), was directly inspired by the protagonist of Tennessee Williams' play "A Streetcar Named Desire." Miss Blanche was produced as an edition of 56, one for each year of Kuramata’s life.

Alberto Giacometti’s wall lights also feature as an important highlight in the auction. Before dedicating himself to figural portraits in bronze, Giacometti enjoyed a productive tenure as a designer, creating expressive objects of utilitarian use. He designed the present lot, along with several other domestic accessories and furnishings, in partnership with acclaimed French interior designer Jean-Michel Frank. A fixture amongst the Surrealists, Giacometti drew upon the leitmotifs of the movement, employing fragmentation and iconography in his work. The present lot renders the eponymous fist holding a sconce in the precarious grasp of its fingertips. 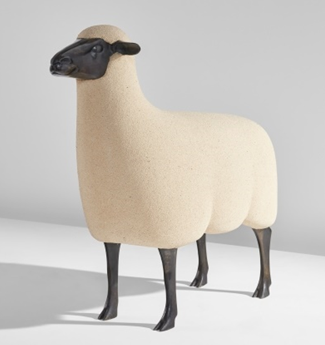 François-Xavier Lalanne’s Mouton de Pierre represents a significant work in the artist’s oeuvre, a fantastic menagerie of creatures. Most art historians and critics often cite surrealism as Lalanne’s primary creative influence; however, the original series title, Pour Polytheme (For Polythemus), is a reference to Homer’s Odyssey. The cyclops Polythemus imprisons Odysseus and his compatriots, who escape their captivity by clinging onto the bellies of the monster’s giant sheep. This vignette in the epic poem was a favorite subject amongst Baroque painters and the subject is likely a reference to Lalanne’s tenure as a security guard at the Louvre, where he encountered ancient Assyrian and Egyptian sculptures of fauna. Lalanne initially made his sheep from bronze and wool, creating a flocculent first generation of ovine. In 1979, he created a herd that was able to be displayed outside. Lalanne continued to make closed editions of epoxy sheep to be exhibited outdoors, perhaps in recognition of their pastoral origins. The Mouton de Pierre reiterates Lalanne’s wit, the title translating to “Sheep of Stone” in English, an eponym dedicated to the medium.