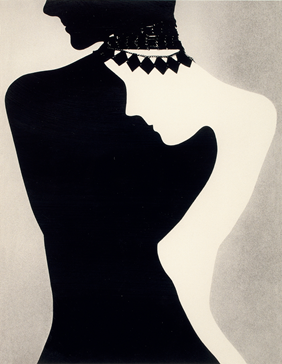 NEW YORK – 21 NOVEMBER 2019 – This December, Phillips will host the private selling exhibition Silhouette: Fashion Photographs by Alberto Rizzo. Taking place from 4-9 December, the exhibition will showcase the award-winning artist’s groundbreaking work and enduring legacy in the field of fashion photography through the display of thirty-six carefully selected lifetime prints. This showing of Rizzo’s work will run concurrently with the pre-sale exhibition of Phillips’ Jewels auction.

Sarah Krueger, Head of Photographs, New York, said, “The exhibition is a celebration of Alberto Rizzo’s most powerful and graphic images. Throughout his illustrious career, Rizzo redefined the standards for innovative fashion photography, always encouraging the public to challenge its expectations and embrace the avant-garde. Silhouette, the first solo show dedicated to Rizzo in over a decade, will introduce his work to a new audience this December.”

Distinguishing himself as both a photographer and a painter, Alberto Rizzo (1931-2004) attended the Accademia di Belle Arti di Brera in his native Italy before emigrating to the United States in 1960. After arriving in New York, Rizzo soared in his career as a fashion photographer, with his work appearing in Harper’s Bazaar, Vogue, Italian Vogue, Japanese Vogue, Vanity Fair, Glamour, and GQ, among others. Throughout his lifetime, he received numerous awards for his work, namely the Art Directors Club of America Award three times, the 1972 Coty American Fashion Critics’ Award, and the 1978 Andy Award of Excellence. His work has been illustrated in multiple photography books and exhibited internationally throughout the years. In 2017, his work was featured in Harper’s Bazaar’s 150th Anniversary Celebration, during which the magazine’s most iconic images were  projected onto the Empire State Building, including Rizzo’s celebrated January 1970 cover.