A No Reserve Online-Only Sale of Works from Albion Barn 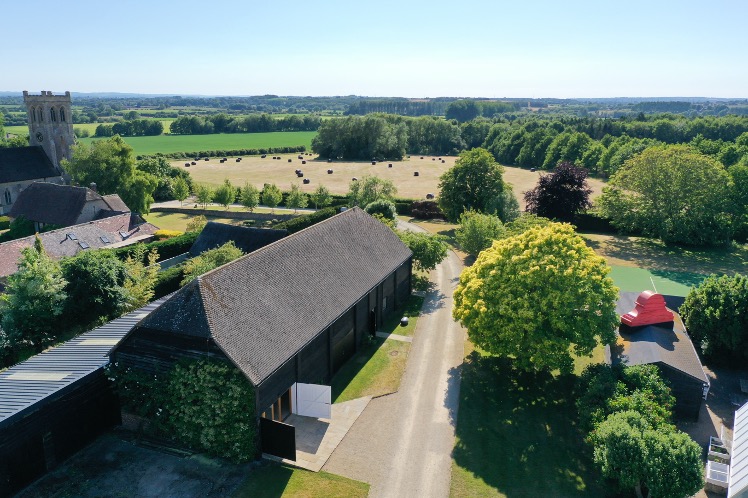 LONDON – 15 JUNE 2020 – Phillips is pleased to announce the sale of works from Albion Barn, the renowned exhibition space situated in Oxfordshire. Land, Sea, Sky features works from a number of the collecting categories Phillips is proud to represent, including Editions, Photos, Design, and 20th Century and Contemporary Art. An ode to the surrounding countryside in which Albion Barn is situated, the works presented in this sale intersect with the landscape, presenting themes of nature and finding synergy with our environment. The carefully curated selection of objects, artworks and sculptures gathered by Albion Barn owner Michael Hue-Williams over the last decade showcase works by pinnacle international figures in art  including James Turrell, Grayson Perry and David Adjaye, alongside exceptional works of design by the late Zaha Hadid and the Campana Brothers. All but one of the 68 cross-category works will be offered online with no reserve on Phillips.com from 17-24 June.

Matt Langton, Senior Specialist, 20th Century & Contemporary Art, said, “We are honoured to be offering a selection of works from the personal collection of gallerist and publisher Michael Hue-Williams. For over 30 years, Michael has supported and championed many respected artists, designers and architects. From his first gallery on Old Bond Street to the idyllic Albion Barn in Oxfordshire, Michael’s passion and inimitable style has forged a programme of profound and thoughtful exhibitions. Land, Sea, Sky represents Michael’s singular vision and tells the deeply personal story of his affinity with this group of artists and objects that they have created.”

The Albion Barn collection spans a vast spectrum of contemporary artists, designers and sculptors and keeps, at its core, a focus on the natural world. Included amongst the highlight landscape works to be offered in Land, Sea, Sky are works by Tony Bevan, Jaume Plensa, Richard Woods, and Susan Derges. At a time in which so many have begun to reflect on the value of appreciating and reconnecting with nature, Phillips is delighted to present to the public a chance to view and collect from this extraordinary group of works.

Michael Hue-Williams is a British art collector, publisher, and gallery director. He currently lives and works in London, and owns Albion Barn gallery in Oxfordshire. Having studied History of Art at Cambridge University, Michael opened his first gallery in 1988 and went on to open two more galleries in London before opening Albion Gallery in 2004. Situated on the banks of the river Thames in London opposite Cheyne Walk, Albion gallery featured exhibitions by artists such as David Adjaye, Cai Guo-Qiang, Campana Brothers, Xu Bing, Ilya Kabakov, James Turrell, and Ai Weiwei among others. Michael has worked to help produce exhibitions in renowned institutions such as the Guggenheim New York, Tate Gallery London, the Haus der Kunst in Munich, the Martin Gropius Bau, Fondation Beyeler Basel, and the Serpentine in London.

Albion Barn, situated within 50 acres of rural Oxfordshire, was designed by Christina Seilern of Studio Seilern Architects and opened in 2014 with a major show including installations by James Turrell. Subsequently Albion Barn has exhibited works by artists such as Joana Vasconcelos, Richard Long and the Boyle Family, John Virtue, Nick Knight, Henry Hudson, and James Capper. The space is an exhibition and project space that showcases the work of some of the most admired and exciting artists today. It is open by appointment only but has plans for significant extensions. Installed within the grounds are major works by artists and designers Bernar Venet, Tatsuo Miyajima, Marc Newson, Zhan Wang, Wim Delvoye, Vito Acconci, Richard Woods, James Capper, Barber Osgerby, John Pawson, Tony Oursler, and David Adjaye.