With 20% of Works in the Auction Setting Record Prices

Kelly Troester and Cary Leibowitz, Phillips’ Co-Heads of Editions, said, “The market for prints and multiples remains strong across the globe, even in the midst of such a turbulent year. Digital innovation has allowed collectors to participate at new levels of heightened engagement. 20% of the lots in the auction set new records across all price points and selling rates continued at the same high levels with 94% of the 250 lots selling and 43% bringing over the high estimate. Contemporary masters led the sale, with Andy Warhol’s Marilyn bringing the top price in the auction along with Post-War American female and male printmakers. Bidders from over 40 countries participated in the auction and modern European prints were also popular, especially with new international buyers. We were also thrilled with the result of Banksy’s Police Kids (Jack and Jill), which soared past its estimate of $12,000-18,000, achieving a remarkable $119,700. We look forward our Editions Modern : Online sale 4-11 December and the first auction of 2021 on January 21st in London.” 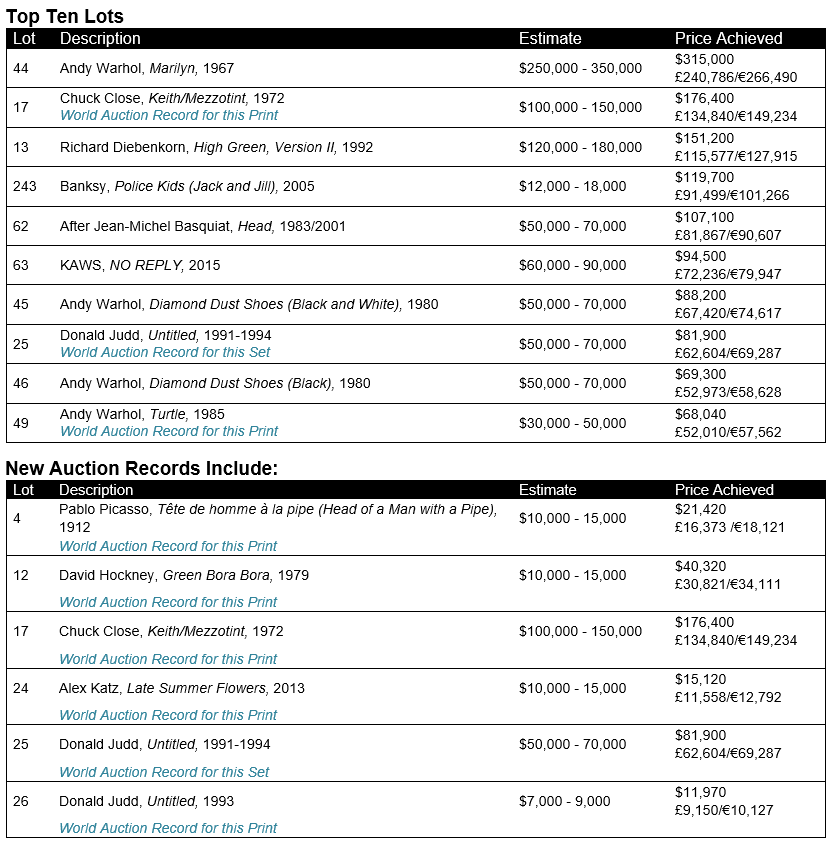 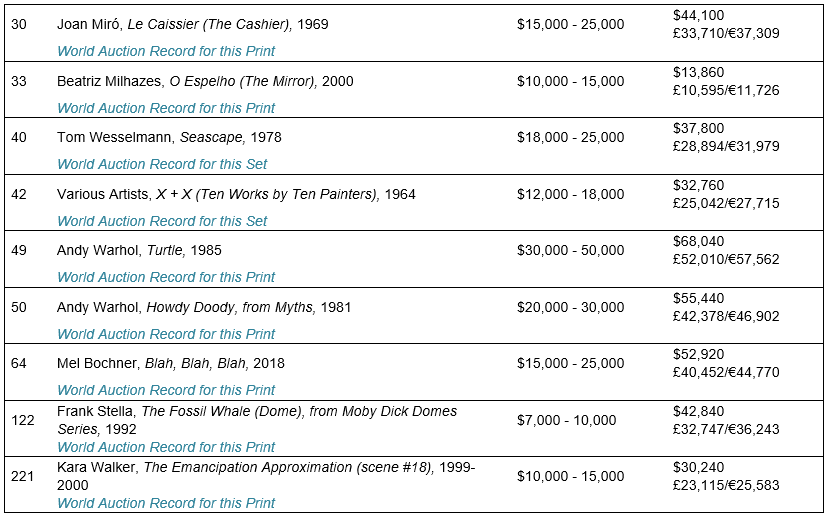 *Lots 44 and 61 were sold immediately following the auction and included in the sale results.

*Estimates do not include buyer’s premium. Prices Achieved include the buyer's premium and are reported net of applicable fees.

Phillips is not responsible for typographical errors or omissions.