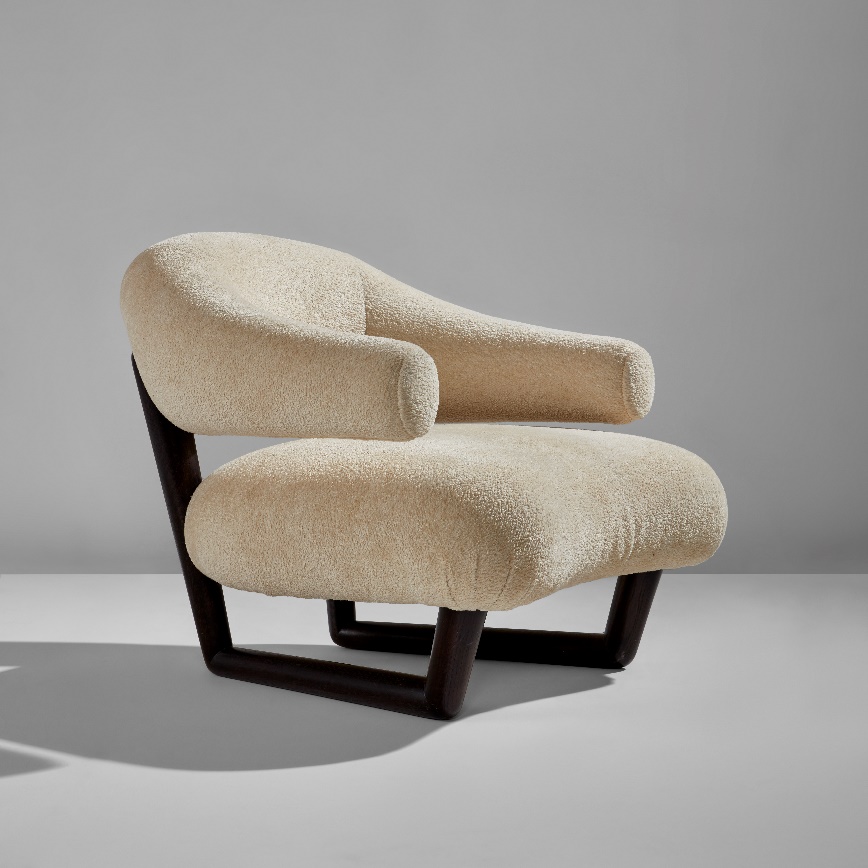 NEW YORK – 23 NOVEMBER 2021 – On Tuesday, 7 December, Phillips will offer important works of 20th century and contemporary design in the company’s New York saleroom at 432 Park Avenue. Featuring 98 lots, the sale will span nearly 100 years of works by some of the most significant makers across the globe, with pieces by Jean Royère, Jean Prouvé, Lucie Rie, and Alberto Giacometti leading the sale.

Cordelia Lembo, Phillips’ Head of Design, New York, said, “On the heels of our extraordinary auctions in London, our December sale brings together a breadth of works of the highest quality, each with exceptional provenance. The market has proven strong this past year, as bidders return to our salerooms, enthusiastically vying for works across the category – from ceramics to Italian lighting – and we look forward to presenting these works in Phillips’ final Design sale of the year.”

The “Sculpture” armchair (illustrated page 1) leads the offering Property of an International Collector, Curated by Joseph Dirand. It exquisitely embodies the sumptuous and refined realm of Jean Royère furnishings. Royère first designed the chair to much acclaim in 1955 and it quickly became one of his most frequently used designs. Marrying sculptural form with supreme comfort, the present model exhibits the ingenuity of Royère at the acme of his celebrated career. He also introduced his iconic Tour Eiffel motif into his work as early as 1939 but it did not assume its mature form until 1947. With the “Tour Eiffel" coffee table, Royère opted for a style that is at once whimsical yet incredibly practical. In many of his works, the decorative elements themselves become integral to the structure. For the present coffee table, for example, the latticework of iron rods and bronze balls are not only aesthetic decorative choices but they also create the structure on which the glass tabletop sits. He created at least two coffee table forms with the Tour Eiffel motif. The first version consisted of a rectangular steel frame, as seen in the present lot, whereas around 1955, Royère introduced a coffee table where the legs formed a concave arc.

Jean Prouvé’s Important cabinet, model no. 150, is an outstanding example of one of his most iconic designs. Created in the 1950s, its antecedents stretch back to the early 1940s, when he first produced cabinets in collaboration with Charlotte Perriand and Pierre Jeanneret. He went on to create various permutations of the form, including model nos. 150, 151, and 152, which differed primarily in the materials used for each component piece. Variations also existed within the models, such as paint color, the treatment of the metal elements, and the form of the legs. On rare occasions, as in the present example, he incorporated diamond-point aluminum, making this work particularly important and visually striking.

Gino Sarfatti combined his talents as a designer and entrepreneur when he established the lighting firm Arteluce in 1939. Compounding “Art” and “Light,” the firm’s name hinted at Sarfatti’s artistic solution to an otherwise technical problem. The present ceiling lamp, designed circa 1940 and presented at the VII Triennale in Milan, exemplifies the artistic and technical brilliance of Sarfatti’s earliest works. The ceiling light’s electrical cords form the hanging canopy while twelve exposed bulbs and their sockets line the perimeter of the suspended metal band. Rather than diffuse any light emission, the bulb itself becomes part of the ceiling light’s form—a truly modern idea that illustrates why Sarfatti is now considered one of the leading figures in twentieth-century lighting design.

The Étoile table lamp, designed in 1936, subtly manifests the primordial tendencies of Alberto Giacometti’s celebrated practice. With its intentionally uneven surface treatment, the lamp appears to the viewer as a precious artifact uncovered during an archaeological dig.  The resulting effect is a fixture that bespeaks the avant-garde taste of its original collectors, as well as Giacometti’s capacity for effortlessly fusing modern and primeval forms. Giacometti designed this work prior to the sculptures for which he is most known, with the Étoile lamp similarly raising questions on the layering of time and form. Giacometti designed this model, along with approximately 100 other utilitarian objects, for French interior designer Jean-Michel Frank. A mutually beneficial collaboration, Frank aspired to create volumes that embodied the “luxury of nothing.” Characteristically Frank interiors were marked by their decorous tranquility, furnished with only the most necessary works of design. The Étoile lamp indeed proved requisite, not only for providing light, but also for its sculptural form.