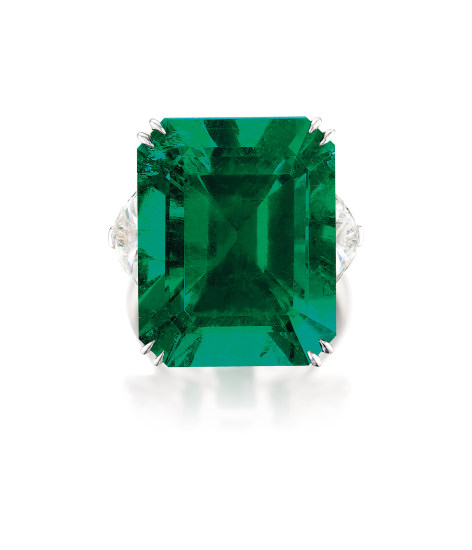 An Exceptional and Very Rare Emerald and Diamond Ring